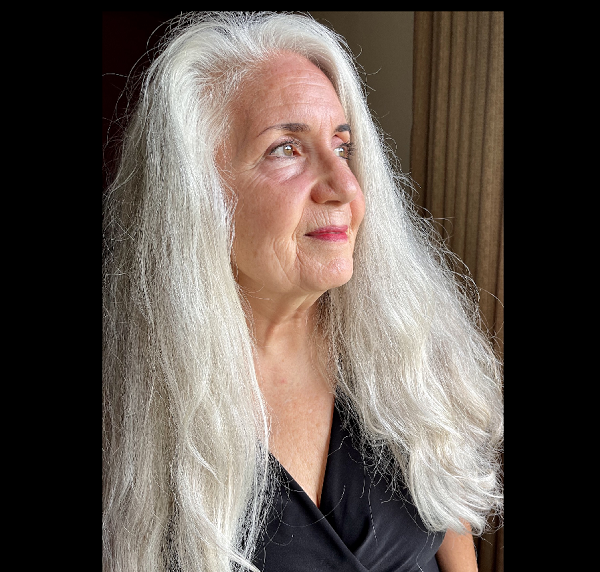 Some people are born philanthropists.  One way Janet Morra conducts her altruism is through gardening and building community in the process.

I had a talk with her at Sprout Brook Farm in Cortlandt Manor, where she is helping her friend Arne Paglia of Division Street Grill in Peekskill start a garden for farm to table food at his restaurants, and also for donating produce to Fred’s Food Pantry at St. Peter’s Church, also in Peekskill.

Currently Morra is working in multiple gardens.  In addition to Sprout Brook Farm, she is gardening at “The Garden of Hope,” located at Willow Park in Yorktown. The Yorktown Interfaith Council spotted Willow Park as the new location for this garden, which was recently moved from its White Hill Road location, also in Yorktown, when the agreement there expired.  This particular garden has been providing produce to local food pantries since 2014, says Morra.  A big community effort was made at this garden on May 22nd with hundreds of volunteers, including volunteers from the local Girl Scouts, and members of the Westchester Youth Alliance.  The “Garden of Hope” was founded by the Peekskill Area Pastor Association. Jessica Nevins, member of PAPA, reached out to Morra to have her work at the garden. The garden gives away 100% of its harvest to local food pantries.

Master Gardener, Bob Conboy, facilitated the donation from Graymoor Spiritual Life Center in Garrison to donate the plants for the Willow Park Garden, and with 110 volunteers in tow just last week, in five hours they built the beds and planted 500 plants.

Everyone had since left doing gardening there, except for Morra, who was “the last gardener standing,” as she aptly puts it.

“Now I’ve got a smaller group of hard-working people that I’m going to count on, to go all the way to the harvest.  We harvest every week and take the produce to local food banks.” Says Morra.

While Morra was working at The Garden of Hope on White Hill Road in Yorktown and she was training all those people, (about 48 people in one year during Covid) she found out that the “Hope Community Garden at the Center at Mariandale” in Ossining, NY was in need of tending.  Morra called Sister Bette Ann Jaster, a nun there who told her it was an answer to prayer because she had been praying about that garden not being used – Bette Ann let Morra come in and clear the garden of 12- foot weeds.  Morra then trained Bette Ann on how to garden there.  Morra then began working with another gardener at the “Hope Community Garden at the Center at Mariandale,” named Sue Broat.  Broat and Morra together cleared out the remaining weeds and began gardening there together as a team.

Morra is a gifted and experienced gardener that trains people to garden.

Morra’s gardening skills began developing when she was five years old. Her father’s side of the family was Italian, and it was a big family in which they always had an Italian garden.  Her mother’s family had a peach farm.  They grew their own food and even had their own pigs and sheep.  Morra happily recounts that her mother only had to buy salt, sugar, and grapefruits.  Everything else was food from their farm and garden.

In her gardening, Morra enjoys

“Getting back to the old-fashioned practices where your food is actually going to have minerals in it…that’s why the food tastes so terrible in America, because there are no minerals.  We are bringing minerals into the soil that we’re going to grow the seeds in.  I have thousands and thousands of organic heritage seeds. That’s how you get back to nature,” says Morra.

“I want all the soil that I’m creating in a compost pile to be uncontaminated, and rich in microbiome.”

It is pretty mind-blowing all that Morra has accomplished over the years.

Not only is she a skilled gardener, she’s also an artist, who has done caricature sculptures of famous people for the Chicago Tribune, and is currently working on surface design and nature photography.  Additionally, she has run artist venues.  She ran “The Joyous Lake” venue in Woodstock, NY where she hired artists and musicians.  When she booked her visual artists at “The Joyous Lake” venue in Woodstock, NY she wouldn’t take a dime from them. She was also very generous and fair with her musicians.

Morra has maintained her connections in Woodstock, and she trades seeds with her friends there.

Additionally, Morra ran an ad agency for 17 years, with clients such as “The Muppets”, Walt Disney, and Nickelodeon.  She has an extensive background of owning businesses, including, more recently, a cleaning business out of Croton, which, of course, became challenging during Covid but Morra used the time to be outdoors gardening, and while indoors she would be listening to YouTube videos about gardening while working on her art.  Morra even has her own YouTube channel on gardening entitled, “Garden Time with Janet.”

As we finish our raking and talking together in Arne Paglia’s garden on Sprout Brook Farm, a wedding and event destination, Morra is set to go on to her next gardening project for the day.

“If I can help fellow human beings learn to do what I do I will put myself out of a job and that’s my plan…I’m more like an elder, trying to give gardening skills to people that don’t have skills in gardening.  As a matter of fact, today I have a lot of folks coming up from Brooklyn to help me at the “Garden of Hope.”

“Gardening has made me a happy, healthy person and I like to share that opportunity with others.”